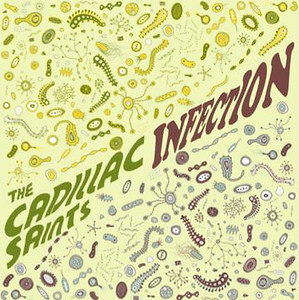 “Best Blues Band goes to the Cadillac Saints. This band has been on the rise the past couple of years and can rock it with the best of them. They are young guys, good musicians, nice fellows and fun to watch. Catch them at a venue in town, soon.” — Bob Payne, chattanoogan.com 2009

“Seeing these acts in local venues is one thing, but having them on stages with completely pro sound is another. The Cadillac Saints were particularly great. They had, I think, one of the best slots of the week being right before Darius Rucker. Two things I noticed specifically were that Scott Chase seemingly wandered in front of the stage checking them out for some time. I heard he was raving about them the next morning on KZ so he must have liked what he heard. The other was the rain. One of our now too common rain storms hit right in the middle of their set...and NO ONE LEFT! I don't know about you but, there aren't a lot of touring bands that I'd be willing to get soaked to watch but, these guys had the crowd captivated. Thank you so much for bringing them in. It's going to be fun to watch their progress! By the way, their new record is fantastic!” — Paul Wilson, chattanoogan.com 2009

“At a Cadillac Saints show, you had better dance, because the band isn't going to ask you nicely.” Casey Philips - Chattanooga Times Free Press 2010